Now that the year will be done in a several hours, I must update my progress with each year-long challenge.

I will keep this in the same order as my post for starting these challenges, except I am adding the Goodreads Reading Challenge to the end since I forgot to add it to the “challenge accepted” post.

Actual: Leader of a Revolution (16 books)

“Leader of a Revolution” sounds really good. It’s powerful. I want to do this challenge again next year.

Here are the covers of the challenged books that I read: 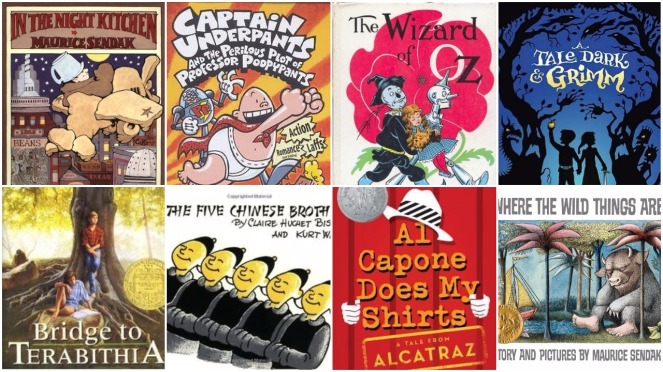 Hosted by Crini @ All About Books

The optional mini-challenges help us achieve our goal in different ways. I choose not to count over the goal number when I exceed the goal.

Read one book for each continent: 5/7

Read one book for each ocean (the character travels across the ocean, no matter how): 3/5 or 3/4

I realized at the end of this year that the goal for this mini-challenge was set at five (by Crini), and I have been trying to figure out when a fifth ocean (the Southern) was added. According to NOAA, the boundaries of the Southern Ocean were proposed in 2000 to the International Hydrographic Organization (IHO), of which the US is a member, but it has not been ratified by IHO. Following IHO’s stance, I met the goal by three-quarters.

I am so happy that I did not have to resort to using the capitals of states and provinces in the U.S. and Canada.

I assume places mean the same as it does for the A to Z Challenge, so I will run with different buildings and cities.

A to Z Challenge: Find a place for each letter in the alphabet: 22/26

It is driving me crazy to keep up with listing the book that each place is in, so I will stick to listing the place. You can check the map for the books set there.

Not counting the land of the Quadlings, I have twenty-two places.

For the real countries, I visited

I wish I had figured out a way to make a map for the fantasy lands.

I would like to do the overall challenge again, but I will have to think about which mini-challenges I will participate in. I hope the challenge will run again next year.

Hosted by Jen @ The Introverted Reader

While I have read a lot of books, stories, plays and essays in translation, I did not realize until this month that I had to write reviews for each of the books. There is no way I will be able to catch up on the reviews, so the official total is two books (Ouran High School Host Club, Vol. 1 by Bisco Hatori and A Bride’s Story, Vol. 1 by Kaoru Mori).

The number of books I actually read, though I can only prove it through Goodreads without reviews, are sixteen. If books were counted this way, I am well above Linguist level (10-12 books). The books in translation that I read are

There are also the many short stories, essays, and excerpts of writings that I have read over the last year, which Goodreads cannot keep track of. The important thing is that I read the books in the first place, but I dislike that none of this counts unless I write a review.

I will set a goal next year to read more translated books, but I am unsure that I will be able to keep up with posting reviews of them.

I’m proud and disappointed in myself. For pride, I am proud to have broken out of my mold and to be able to write more than reviews and book tags. That makes me want to blog more and read more. For the disappointment, I went on hiatus for half the year, and I was unable to meet the goal.

I will try the challenge again next year with a goal of reaching Creative Conversationalist if that is still the name of it.

Last year I did not meet either goal that I set, so I set the goal for 40 books this year. I was doing well until I signed up for a class that required me to read one hundred books in a semester. I intended to increase my goal by that many, but I never got around to doing it on Goodreads.

One hundred sixty-three books out of forty (408% of my goal). This was a spectacular year of reading, but I wish Goodreads differentiated between books that are short and books that are long.

I like the Goodreads Reading Challenge, so I will do it again next year.

*All non-challenge images come from Goodreads.