Since J.K. Rowling started encouraging everyone who saw Harry Potter and the Cursed Child live to #KeepTheSecrets, I have looked more into the play and script, especially since the script was released in time for Harry Potter’s birthday. At this point, I will read it when the library gets to my name on the hold list.

My research through articles, reviews and the preview of the script brought questions to mind. Not about the plot or characters or anything else that’s spoiler-filled. I wondered about the nature of book series because the Cursed Child is marketed as the eighth installment in the Harry Potter series.

I hate it when authors claim that a series is done and then add more books to it. For example, Cassandra Clare originally wrote the Mortal Instruments series as a trilogy. Then she wrote City of Fallen Angels. I was angry with her and refused to read the book for a long time. Then I read it and fell in love with the series again. Oddly, I did not feel that way about Harry Potter and the Cursed Child. I thought it was odd that J.K. Rowling (plus John Tiffany and Jack Thorne) was writing about the next generation when she didn’t seem to want to a few years ago, but I was excited that it was something else in the Harry Potter universe. Since Cursed Child is marketed as the eighth installment of the Harry Potter series, I have wondered: Can a play script be part of a book series?

The Editor’s Blog gave tips for writing a book series. The similarities that tie books in a series together is characters, setting, fictional world, timelines, etc. So far, the script could be part of the series because it shares characters, settings, timelines and the entire Harry Potter universe as its setting. It also benefits from having the same title pattern as the first seven books.

The Editor’s Blog also noted that a good way to tie books together is to “[begin] or conclude unfinished business.” Arguably, using the epilogue of Book Seven in the beginning of script (look at the preview on Amazon) would fit with this tip.

My problem is the lack of consistency. First, none of the six sequels to Harry Potter and the Sorcerer’s Stone start in the middle of the action at the end of the previous books. For example, Harry Potter and the Chamber of Secrets starts in the middle of summer vacation, not at the train platform. Second, the only book in the series that ends with an epilogue is the seventh book.

Another tip on the blog is to have the series and ending planned. While it isn’t absolutely necessary, J.K. Rowling had the series planned out several books ahead. Because of that, she knew how it would end. That is something that I like about the series, the intention and careful thought. There are seven books, and each book covered one year of schooling for Harry. We already had the motif of seven because seven is a lucky number in the magical world. It was also supposed to be the end of Voldemort, who has been a problem since Book One. To me, an eighth book ruins that beauty. It would have made more sense to me to treat it like a spinoff series. Worse, the reviews of the script alone leave much to be desired about this benefiting the series or resolving anything. 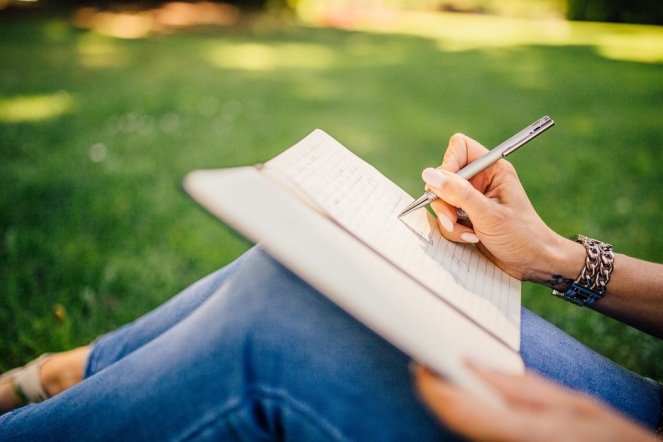 But the question for me is more the type of writing: does a script count as a book in a book series? I have not seen anything like this, and I have been unable to find a definitive answer about it on the Internet. The closest answer I can find is in the Wikipedia article, titled “Book Series.” This article defines a book series as

a sequence of books having certain characteristics in common that are formally identified together as a group. Book series can be organized in different ways, such as written by the same author, or marketed as a group by their publisher.

By this definition, J.K. Rowling and her publisher marketed the Cursed Child as the eighth book in the Harry Potter series, so it is part of the book series. I know Wikipedia articles are unreliable, but this article provided the closest thing to an answer I had.

Since this is my best example of two different types of writing comprising a fictional world, I think J.K. Rowling should have classified the two-part play as the first in a spin-off series of plays or as a companion book of sorts. It would still be acknowledged as part of the greater Harry Potter universe just like Fantastic Beasts and Where to Find Them.

What do you think about Harry Potter and the Cursed Child? Do you think it should be included as the eighth book in the Harry Potter series? Do you think scripts, novels, poetry, etc. could all be part of the same series, or should they fall into a different category because they are different types of writing? Let me know in the comments.

7 thoughts on “‘Cursed Child’: Can a play script be a part of a book series?”