Happy Monday, everyone! To kick off this week, I’m participating in a book tag. Neko Neha from BiblioNyan tagged me in The Entertainer Book Tag. They chat about anime, manga, Japanese literature and self-care. They’ve also started BookTubing again for a little while. So check out their blog for all their awesome content!

Here is what happens with the tag:

I like to watch the family Halloween movies, like Halloweentown, The Little Vampire (only for the related “monster” of the holiday), The Nightmare before Christmas, and Hocus Pocus. It’s fun to immerse myself in the holiday for the entire month. I also like wearing Halloween shirts all through October, but that has been harder to do this month.

2. If I was new to your favourite genre (i.e.: historical fiction, science-fiction, romance, horror, etc.), what is one book you would recommend to me to get me started? 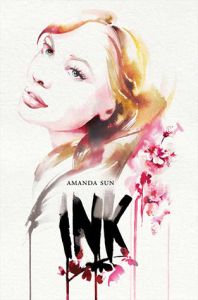 I suppose my favorite genre is young adult fantasy and probably leaning urban fantasy. To stick to Neko’s general interest in Japanese literature and anime, my recommendation is the first book in the Paper Gods series: Ink by Amanda Sun. It’s about a Canadian girl who moves to Japan to live with her aunt after a tragedy, and she struggles with the culture shock, as much as she tries to adapt and learn the language. Then she meets Tomohiro who is on the kendo team and is an amazing artist. She’s surprised when she sees that his drawings come to life, and this is a dangerous power that some powerful people are looking to use. The main interest for fantasy and Japan in this book is that there’s a linguistic spin on kami being both paper and god, so Tomohiro has the powers of the gods, which shows in ink. Amanda Sun’s bio says she studied some Asian history in college and was inspired by her “time living in Osaka” and J-Dramas, so I’m willing to believe she does a decent job of describing Japan and culture shock. I could also picture it adapted into a graphic novel or an anime. I haven’t read the rest of the series, so I don’t know how it turns out.

3. What is one thing that brings you joy?

I remember being asked this question in relation to us going on a creativity date with ourselves in a creative writing class. I love watching the ducks at my university’s Duck Pond. I like watching them swim and dive for food. It’s also cute when one of the moms have ducklings and has them swim under a fountain spray.

4. If you could pick one hero from a book and change them into the villain, who would it be?

I suppose I could cheat and say it’s a matter of perspective for some books, but I will pick a hero to turn into a villain. I think the hero I want to pick is Princess Azalea from Entwined by Heather Dixon. Entwined is a retelling of “The Twelve Dancing Princesses,” and Azalea is the eldest of the sisters. She’s swept into the web of Keeper, who is the villain of the novel. If Azalea were a villain, I think I would want her to become obsessed with the magic that she dabbled in at her mother’s behest and that has been banned from the kingdom since the previous evil king used it to abuse his power. She could learn to use that magic from Keeper and experiment with it while all of the girls are protesting their father’s behavior in their mourning period. In one scenario, Azalea and Keeper could make a great power couple, especially if she was up for his plans and secure an unwanted truce for them to take over the throne. The betrayal to her family would be epic, and it would be made more intense if she swayed a couple of her sisters to her side. In another scenario, Azalea leads Keeper on and destroys him to wrench power from him. I like the former scenario better. For fun, she could have poisoned her mother, but it would be more interesting to have that be part of her villain origin story.

5. What are some of your anti-buzzwords? For example, words that you see in a synopsis that will automatically turn you away from the book. (Taking this idea from Bree and changing it up a bit.)

6. Who is someone that inspires you?

I like that this question isn’t looking for a be-all, end-all answer. Misty Copeland inspires me. It is inspiring that she started ballerina as a teenager, when many started as small children. It’s also more inspiring that she was the first African-American woman to be named a principal dancer at the American Ballet Theater. She has fought through racial barriers, performed some of the most challenging roles in classical ballet, and her hard work to get where she is. Today she’s been involved in mentoring ballerinas of color and performing in projects like Disney’s The Nutcracker and the Four Realms.

Books in the Skye

That’s it for this tag. Have a good week, and I will see you on Thursday with another post!

5 thoughts on “The Entertainer Book Tag”