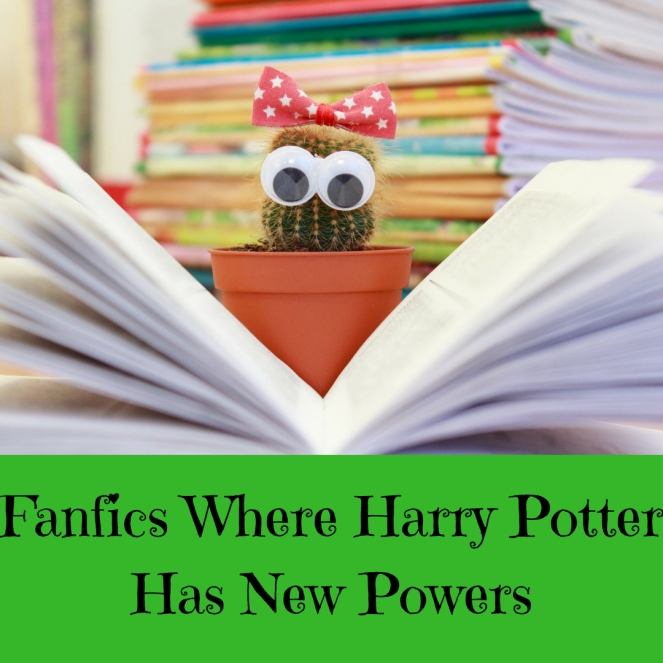 I go through cycles of wanting to reading Independent!Harry and Dark!Harry fanfics. Some of them give Harry new powers that are very unique or very dangerous. This list today is of fanfics that I like where Harry develops new and unique powers, playing up the “power that the Dark Lord knows not.”

A note about warnings and ratings:

Salazar Slytherin bound Earth, Air, Fire and Water to himself and through him to his descendants. Now that Voldemort has been resurrected he shall assume his inheritance. But who are his elementals?

To answer the question, Harry is one of Slytherin’s Elementals. He is the Earth elemental, and he has awesome control over the earth and plant life. At one point, he buries one person up to their neck with a simple thought. One of my favorite parts of the story is how his elemental magic plays into his Occlumency shields. His mind becomes a garden. On another note, Voldemort can control his elementals to the extent of stopping them from using their elemental magic.

The Long Defeat by Lomonaaeren

HPDM slash. Harry thought being enslaved by the goblins for his break-in at Gringotts was the worst thing that could happen, except for the sinking of the economy the goblins threatened if he didn’t comply. But then the Malfoys bought him, and that was probably worse. Or maybe not. Updated every Saturday evening. COMPLETE.

Harry has developed some very destructive powers since the defeat of Voldemort. He has the ability to destroy many things that he touches, so long as they are made from a living thing. For the most part, those things he destroys turn to grey sludge. It ends up being used in the schemes to keep him safe.

The Bone Man by inspiration_assaulted

Harry Potter disappears from the Hogwarts Express at the end of his fifth year. The Light thinks he is dead. They’re right, in a way, but also so very, very wrong. What has the boy who was once Harry Potter become?

It’s a little bit of a spoiler to say that Harry is the Bone Man, but it’s necessary to explain why this fanfic belongs on the list. Because Harry is some prophesied person to the Dementors, he receives special training and magic from them. He becomes this friend of the Dementors, to the extent that the Dementor King respects him. The Bone Man’s signature is his killing someone by removing all of the bones from their body and leaving the remains to be found. The powers don’t stop there. Another that he has is this ability to bind followers to him by marking their bones with special runes and marks.

A letter from home sends Harry down a path he’d never have walked on his own. A sixth year fic, this story follows Order of the Phoenix and disregards any canon events that occur after Book 5. Spoilers for the first five books. Have fun!

Harry’s “power that the Dark Lord knows not” manifests in the middle of the story. After a couple of medical incidents, Harry has only Dark Magic left. All the surface magic that has to be strengthened with a wand is gone, leaving unfiltered powerful magic left for Harry. Anything he does without a wand can generally be reversed by other spells but his wanded spells are so much stronger. He also has a very cool shield for his mind when practices Occlumency.

A prophecy made in 1975 drastically changes the life of the boy who should have been known as Harry Potter. DMHP main couple, onesided LVHP also includes adoptivefather!Snape 😀

With Snape as his adoptive father, Harry ends up attending a primary school where he learns Elvish magic. He does eventually learn some Wizarding magic, but he loves and uses Elvish magic more. It’s been a while since I read this one, but I loved the incorporation of a different kind of magic and a religion.

The Methods of Rationality by Less Wrong

Petunia married a biochemist, and Harry grew up reading science and science fiction. Then came the Hogwarts letter, and a world of intriguing new possibilities to exploit. And new friends, like Hermione Granger, and Professor McGonagall, and Professor Quirrell… COMPLETE.

This one is more of an honorary mention because I haven’t finished reading it yet.

This fanfic is hilarious. While I don’t remember every weird thing that Harry does, I know one of his powers is that his Patronus is a human. This human-shaped Patronus can harm or kill Dementors. It’s not the whole point of the story, but it’s attributed to the genius he has in this story.

Which fanfics have you read where Harry is dark or independent? Have you found other stories where Harry has unique or new powers?

7 thoughts on “Fanfics Where Harry Potter Has New Powers”