March is almost over. This is the last post of the month, so it’s time for the monthly wrap-up.

I’m currently reading The Symptoms of Being Human by Jeff Garvin and The Souls of Black Folk by W.E.B. DuBois. 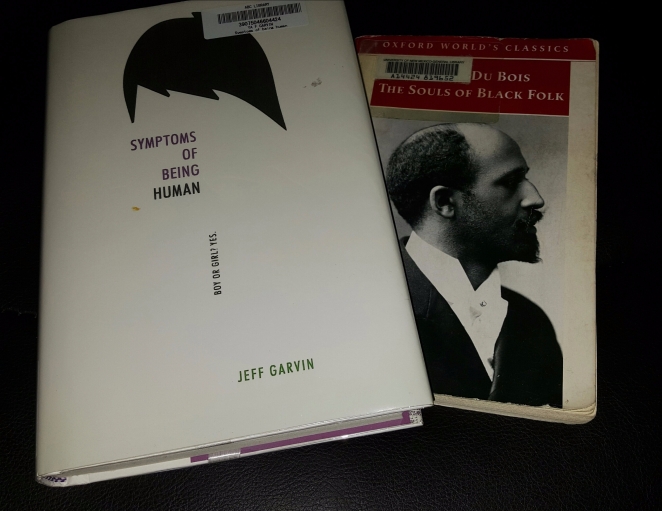 I like to participate in memes, but I haven’t kept up with doing them weekly.

I’ve written six discussion posts in the past year. More than halfway to my goal for the Book Blog Discussion Challenge! I suppose it could be seven if counted the Classic Remarks meme, but I’m not going to count it at this point.

If you are looking for ideas for your discussion posts, Cait @ Paper Fury provided a resource of links and ideas and how to come up with those ideas.

Back to the Classics Challenge: 3/6

Sister Carrie, by Theodore Dreiser, meets the category of 20th century classic. The review of this book will post next month. 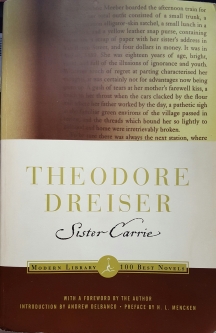 Sister Carrie was banned for its lewd content a century ago. By today’s standards, the controversial parts are no longer controversial.

I read Ash by Malinda Lo, a lesbian retelling of Cinderella, this month. It was challenged at the Oconee County Library in Georgia for its “sexual situations,” though I did not see any sexual situations when I read it. The library decided to keep the book.

I finally finished reading Margaret Atwood’s The Handmaid’s Tale. It has been banned and challenged since it was published over thirty years ago.

The latest graphic novel for this challenge is America #1. My review of Wandering Son, Vol. 1 will also be posted in April.

Both Ash and Wandering Son, Vol. 1 were library books.

I’m a little behind for this time of year, but I could catch up by Saturday.

Interesting Finds of the Month

Jennifer Shaper @ Books That Hook listed the pros and cons of participating in blog tours. She also includes her experience. There are good points on each side if you are considering participating in a blog tour.

There was a blow-up on Twitter a week or so ago about deciding to read a book that a lot people have said is racist or otherwise bigoted. In all honesty, I did not keep up on how far and wide the arguments stretched. I read one anger-filled post that only served to make me angry. But I think Francina Simone on BookTube best explained what I think about the whole situation in her video titled “Modern Censorship.”

Speaking of BookTube, I discovered a couple of BookTubers who deface books. Defacing and annotating (handwritten and with highlighters) books has always felt sacrilegious to me, but because it’s forbidden, I’m intrigued at what I’ve found. It’s not like you’re trying to make it impossible to read – at least, not when you are only touching the cover or adding drawings that do not cover the text. I can get on board with this if it’s fan art and isn’t obstructing the words on the page. It looks fun. Check out a couple amazing defaced books on Bookstagram below!

I know this series is mayonnaisey, but I still cannot get over it. Also I figured out how to do calligraphy with sharpies so basically I will be defacing all my books like this now! 😍 ALSO THE #acowar COVER REVEAL IS COMING🙌🏻

First: A couple of books have been adapted into TV shows. Margaret Atwood’s The Handmaid’s Tale (trailer) and Jay Asher’s Thirteen Reasons Why (trailer) have been adapted. Netflix’s 13 Reasons Why will be released tomorrow, and Hulu’s The Handmaid’s Tale will be released next month. I don’t have subscriptions to either Hulu or Netflix at this point, but I’m excited that both of these amazing books have been turned into shows. Are you planning on watching either or both of these series? Have you read the books?

Second: Camp NaNoWriMo is starting on Saturday. Though I won’t be participating, I wish everyone who is the best of luck.

Third: I have been doing better about tweeting more and updating Bookstagram more often. I’ve lost count of the tweets. I posted ## photos on Bookstagram. I’m proud of myself.

Finally: Thank you to everyone who follows, reads, likes and comments on my posts.